Read Old Gent's story from the old tree's, and his offspring, Young Gent's, points of view!

Sprouting in an old abandoned field around 1895, Old Gent, a Norway Spruce, grew into a majestic towering specimen of his species, protective of the old home he saw built on his lands as a stout sapling. Human activity amused, startled, frightened and sometimes hurt him, thus he never found trust in the beaverlike species, until the fifth owner in nine decades moved into the old house he sheltered. The woman and her spouse proved reverent, changing his attitudes towards humans. The old tree experienced new emotions, and gained the name of Old Gent. When terror from the skies threatened the lands, he stood strong, determined to shield the home and owners he now loved, and paid a price. As decades weakened his ancient body with internal decay from injuries, he fought to regrow lost limbs, racing to once again tower into the skies. He spiraled a few seeds against the foundation of the old house, where his offspring sprouted. On his fateful felling day,one stood poised to continue his sire's legacy.

The paperback edition is Illustrated with full color photos! 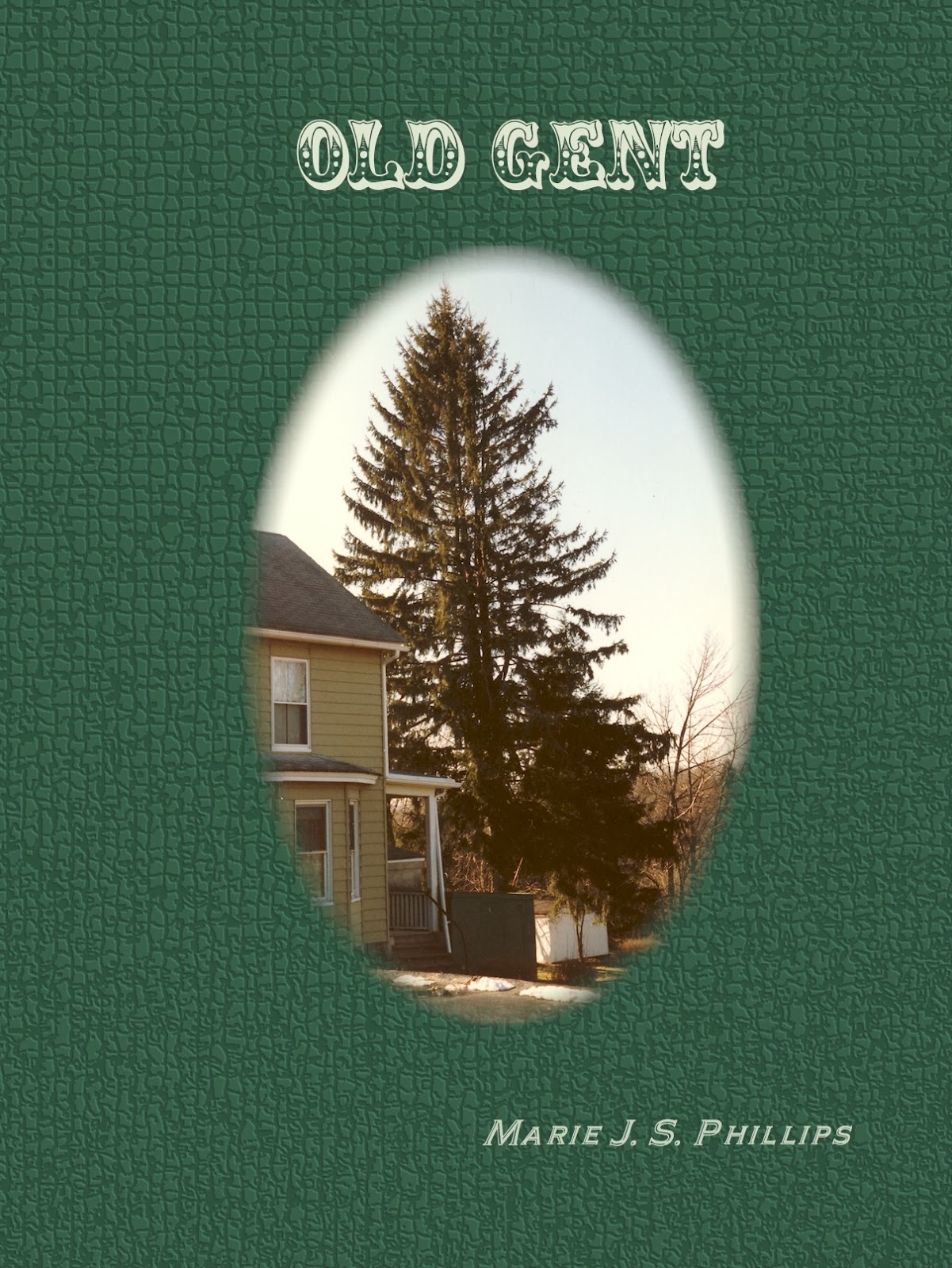 Owned by four cats, three of which are Maine Coon cats, Marie J.S. Phillips and her husband live in the rolling hills of northwestern Connecticut.
The passing of Marie’s first Maine Coon cat, a dapper tuxedo named Demon, affected her deeply and influenced her writing. This charismatic cat appears in EARTH-BRED, MATISSIA-BORN, as a special genetically altered feline character, who like his real life counterpart, steals the show. He also influenced a character in a short story in THE WHITE DRAGONS OF SUVWILUR & OTHER TALES.
Meanwhile, as Marie used her second big Maine Coon as a character in another tale, Khan became seriously ill. While battling Khan's insidious disease, she completed KHAN: A MAINE COON, which took on deeper impact far beyond her intended feline fantasy yarn.
All her cats, past and present, put their stamp on characters in EARTH-BRED MATISSIA-BORN, KHAN: A MAINE COON, and other stories.